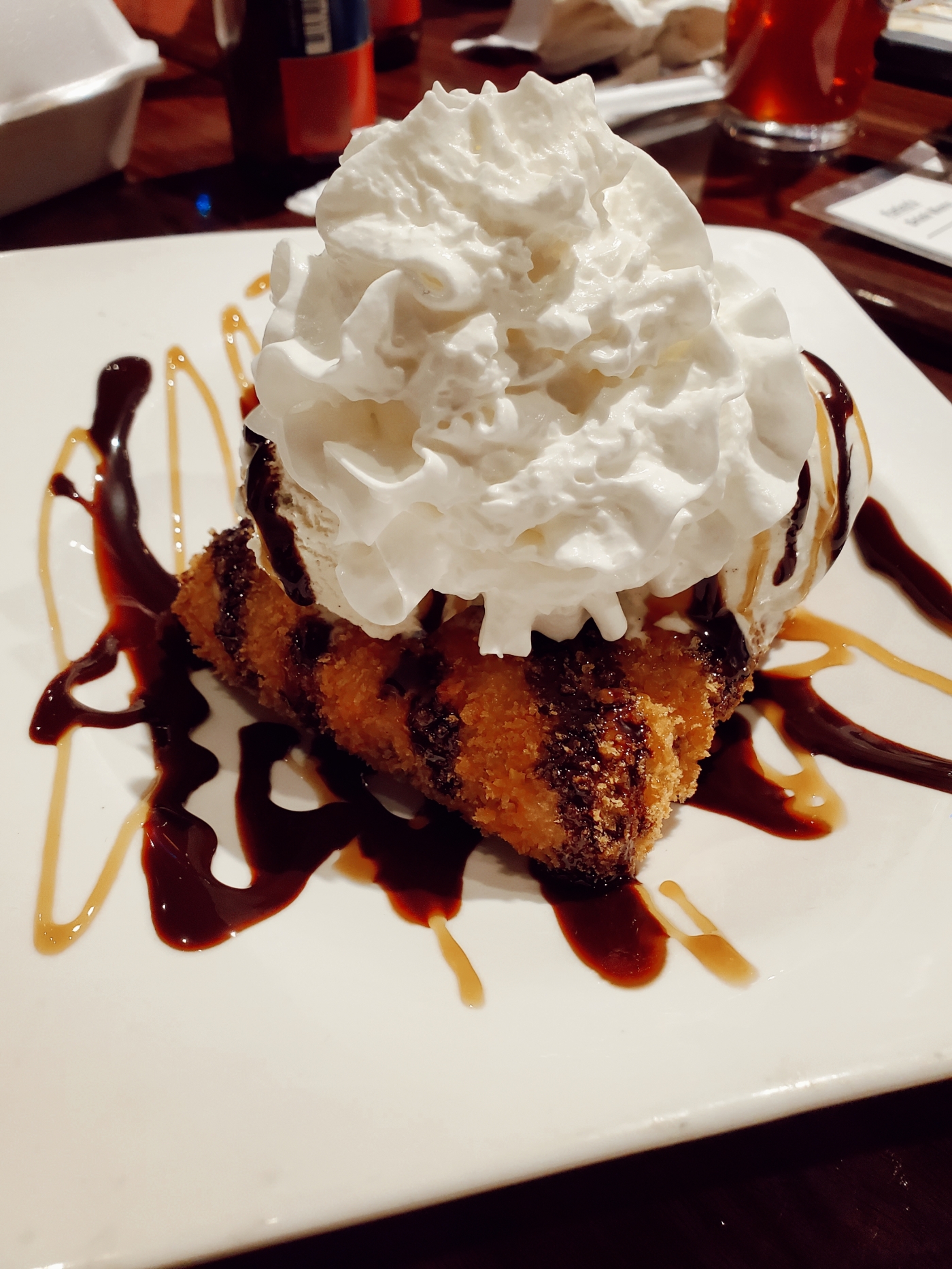 Who knew that the town of Lindsborg, KS had a main street

let alone a bar & grill. I have lived less than 20 minutes from

Lindsborg and the first time I had ever been to Farley’s Bar and Grill.

As with any small town restaurant on a Saturday night around

surprised to find that there was at least a 15-20 minute wait.

Eventually we got seated at a table. The service was nice albeit

a little slow, but like I said the restaurant was busy.

I ordered the chicken fried chicken (half order) which came

with the choice of one side so I went with mac and cheese.

I have to admit that I was a little underwhelmed. The chicken

was a little on the dry side and

definitely could have used a lot more seasoning. It tasted

flavor to it either. The mac and cheese was also a bit of a

disappointment. It looked amazing and cheesy, however, instead

of cheese all I tasted was alfredo sauce. In fact it tasted identical

friends ordered). I did luck out and get an extra side of mashed

potatoes though because they thought I had ordered them originally

and they were pretty good. Definitely my favorite part of my meal.

soup, and a chicken salad (I think it was the Pablo Picasso) and the grilled cheese.

The chicken in both the chicken alfredo and the salad were

again on the dry side and I think the chicken alfredo

could have used a lot more sauce.

I definitely think the favorite out of all the dishes was

the cheesy bacon potato soup. It had a really good creamy

texture and flavor to it and it was perfect for that cold winter night.

Highly recommend it! I would legit go back to eat that soup.

Panko Brownie and my friend ordered their Crème Brûlée cheesecake.

I think he definitely enjoyed the cheesecake since he

became a member of the clean plate club.

again. I like the idea of a fried brownie with vanilla ice cream

and whipped cream on top. Like yes please. However, using

panko breadcrumbs to fry the brownie is where the mark

was missed. It made the texture and the flavor wrong and I think

they would have been better off to use a regular fry batter. A for effort though.

Overall Farley’s was okay. The service was good and the

people that worked there were very nice. However, the food

could have used a little more love. Not a bad place for dinner, but I won’t go out of my way for it.