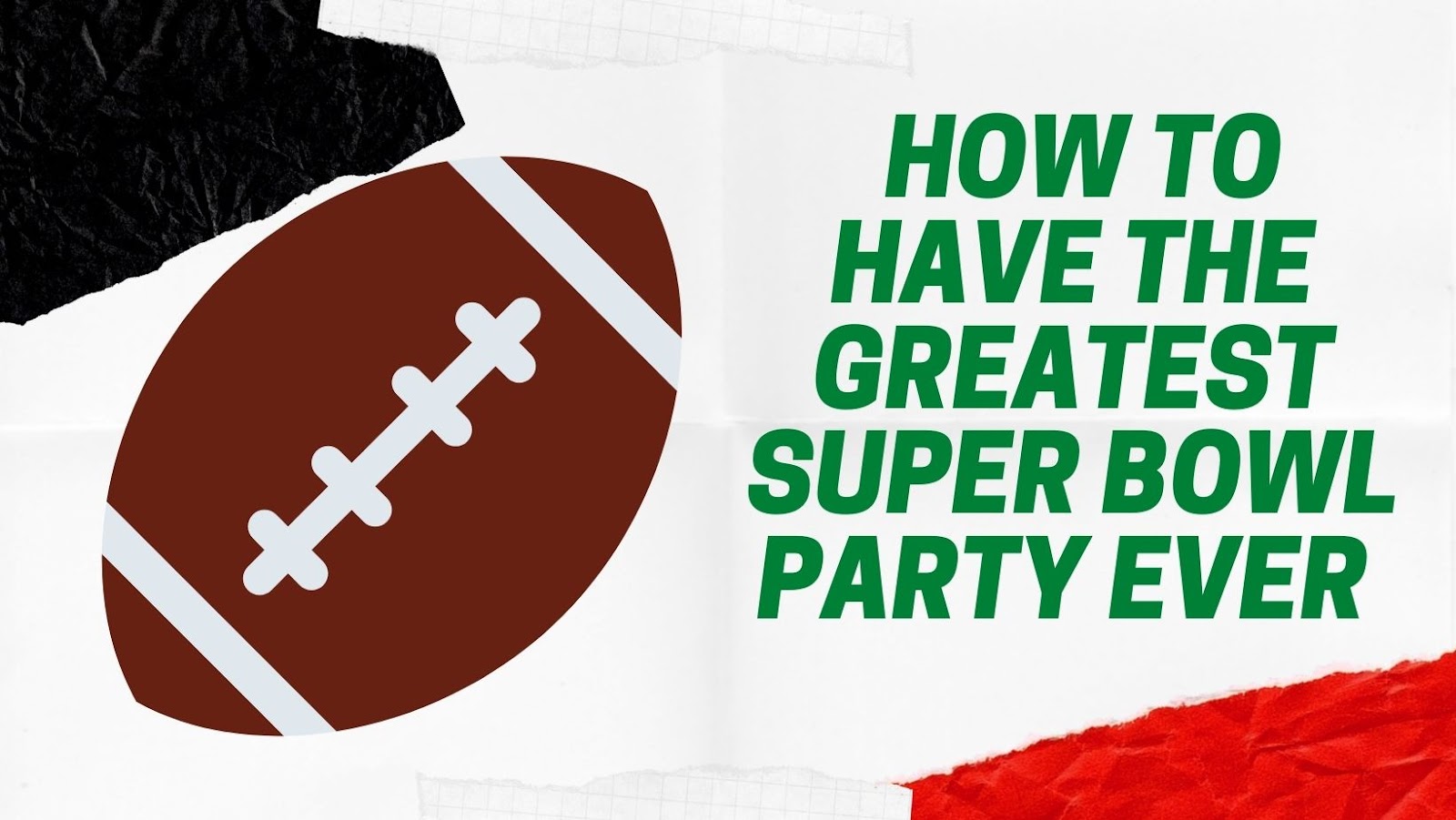 Are you ready for some football? We are SUPER ready!

When it comes to the Super Bowl, there is no one that gets more

excited than us. Coming together with friends and family is truly one

of our greatest American traditions. Super Bowl Sunday has become a

sort of national holiday for avid football fans. Due to the Covid-19

Pandemic, Super Bowl parties this year might mean celebrating with

the game with people in your household. This year is especially remarkable

in a row. We will be rooting for the Chiefs as they try to “Run It Back” and

defeat the Tampa Bay Buccaneers Here are things we have learned

over the years for throwing a fun Super Bowl party: 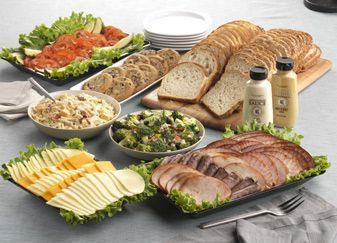 A whole smorgasbord of delectable delicacies can be served and

make a Super Bowl party a success. Well, you can’t have a SOUP-er

Bowl without soup! Our traditional meal we served made for the last

several years is a variety of soups, chili, and a build-your-own sandwich

station. This makes for easy meal prep and it is a crowd-pleaser! Our dad

makes a mean chili and you can’t beat our mom’s chicken noodle soup.

If you can, try making chili with deer. It is Kristin’s favorite substitute

for hamburger. Kristin also loves to try out other soup recipes she finds

on Food Network, Taste of Home, All Recipes, or small cooking blogs.

Dip and chips are also a classic staple for any Super Bowl party! Our

dad makes a great hamburger and Velveeta cheese that everyone loves.

Here is a similar recipe (except we usually make it in a crock pot): 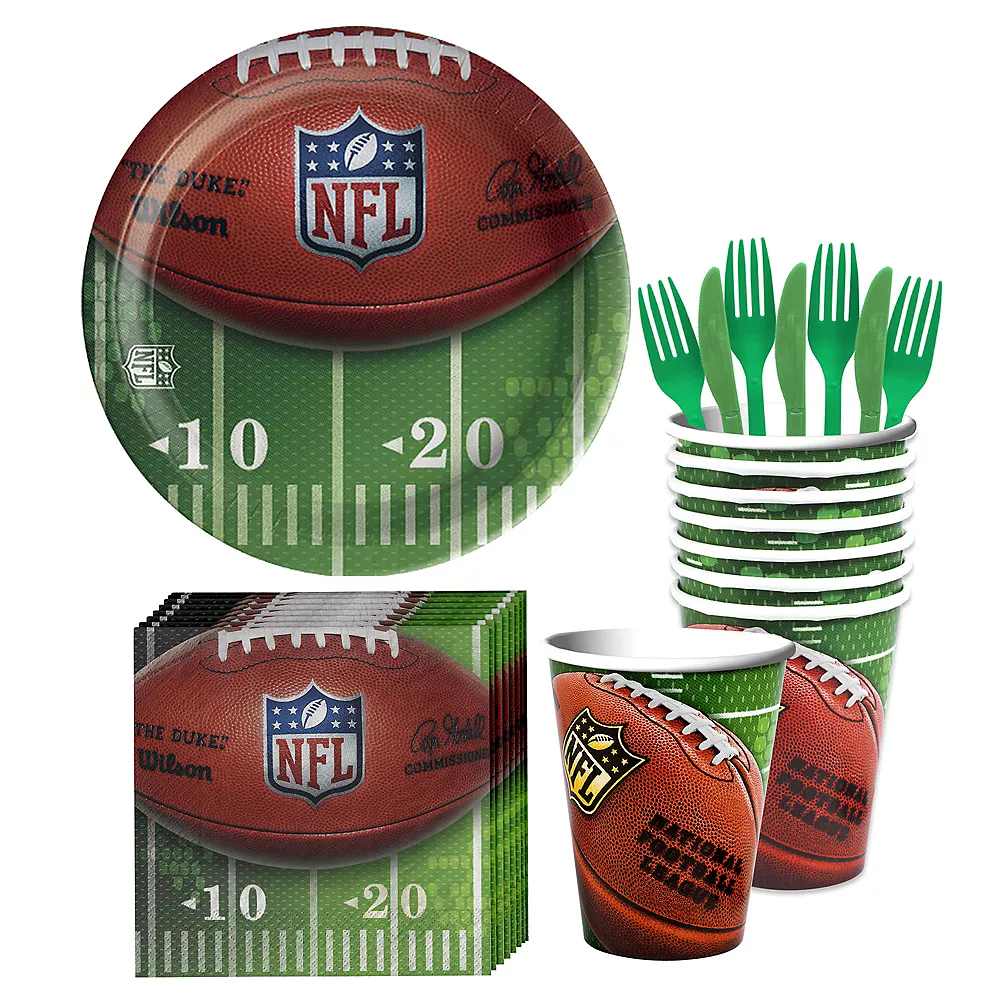 logos. When the Super Bowl came he knew he had to go all out! Timothy

created mobiles with the specific team logos and super bowl logos. He

life for the Super Bowl celebration. One way he got creative was with

the use of plates! It was a cheap and inexpensive way to decorate any

place because they can be hung up around the house with ease. You

Bowl plates for décor? Timothy usually gets the plates with each teams’ logo

and the current year’s Super Bowl logo on them. You can hang these up

in sets of three to make a nice display. The plates can be found at Party City.

your Super Bowl viewing area to life with streamers representing the

of colors clashing signifying the competition between the two teams.

Timothy strongly suggests using anything with Party City. They have

great things like banners, cups, and mobiles to hang around the house.

One of his favorite items are pennants. He started collecting them in

Super Bowl 48 and has had every pennant since then. They look like a

showpiece when people come over and are usually pretty inexpensive!

Timothy and Kristin like to add some homemade decorations by

making some banners out of posterboard. Timothy also makes mobiles

with each team’s logos, main players, coaches, etc. on each mobile and

then after the winner is declared, he will go around the room with scissors

and cut down the side of the one representing the losing team. Homemade

party. To hang all these things up Timothy recommends white Scotch

mounting putty. It will not leave a mark on the house walls and will come

off easy without the fear of décor falling down mid-party.

tall field goals and large football field rug they have. This creates a little

football field in the room and adds to the ambiance of the event. These

them following the previous year’s Super Bowl. After the Chiefs and

Buccaneers face off this year, try heading to your local liquor or grocery

store to see if they have any old décor or promotional

items they are willing to give away.

ACTIVITIES TO ADD TO THE FUN:

The Choice Board Competition and Super Bowl History Trivia!

not be as excited about the game itself. Several years ago, Timothy

write down what the final score was going to be for each team. It is an

entertaining, low stakes competition that all ages can participate in. The

once the winner is declared. For the board Timothy has name plates for

each person and then has a small Command hook under each name. On

can be flipped depending on who the person wants to choose to win.

Under the team, Timothy also hangs a small blank piece of poster board

with mounting putty. This is where people can write their score predictions.

Try this fun idea out at your next Super Bowl party!

Lastly, another fun activity is to create interactive signs that allow your

guest to learn more about Super Bowl history while putting their

knowledge to the test. Kristin created this activity a few years ago by

hanging up a question about Super Bowl or NFL team history. Then

the sign below it can be flipped to reveal the fun fact. This is an engaging

watching! Here are some fun facts you could use for this

We hope however your Super Bowl looks this year in quarantine, that

Tampa Bay Buccaneers! (Hopefully cheering on the Chiefs!) You can

celebrate in a more normal fashion. Whether you watch for the football, the

hilarious commercials, or the halftime show, we wish you happy viewing!